For everyone who keeps having to google for the meanings of bundler exit status codes and finding vague StackOverflow posts, here is the list of all defined bundler exit codes, straight from the source.

We’ve grown apart. I really liked you in the beginning, but people change in seven years, and venture-capital funded, pivoting start-ups sure change a lot. We had some pretty good times – over sixty thousand tweets, some 8k followers, 32k favs given and 38k received.

It all started out so small and idyllic, just a few hundred people sharing their daily lives. We met in “real life” without the awkward smalltalk introductions – how’s the husband? the children? the dog? still listen to post-avantgarde black metal? – that kind. Twitter was the perpetual conversation, sometimes more intimate, sometimes less, and it brought up grand thoughts of the power of weak ties. A diverse group sharing the excitement of a new and previously unshaped medium. I made many friends and formed intimate bonds with people I had never even “really” met. It was the best of IRC and Usenet and MUDs combined, and it came with an open API to boot.

You are the reason for the first Twitter reading – and my going there –, which catapulted me to Twitter stardom in those early days (a thousand followers! corrected for inflation, that’s like a few million now!). We have been together through the fight against internet filtering and censorship in Germany (Zugangserschwerungsgesetz), which led me to AK Zensur, which in turn led me to Wikileaks, and also, some amazing people and parties. And my other fifteen minutes of fame, Wir sind Einzelfall, would hardly have been possible without you.

But you’ve grown, and you’ve changed. You’re not the shapeless medium I used to know. You show me advertisements for things I don’t care about as if you didn’t know me at all. You algorithmically select content to show me from people I don’t follow, which never works out well. You try to get me to engage with celebrities, brands, even governments. You have become a political actor in more ways than one.

As one of the primary means of communication for an entire generation worldwide, you need to do more to combat censorship. You absolutely need to step up your game regarding abuse and harassment. The amount of misogyny, homophobia, transphobia, racism, antisemitism, and all other kinds of -isms and hate is completely unacceptable, and that your only suggestion is “block and possibly report the offending users” is also unacceptable. It would be laughable if real people weren’t being harmed.

Instead of effecting social change, you are developing ever better ways to let privileged people enjoy their privileged lives, with better animations. You don’t seem to listen, you don’t seem to care, except about reach, eyeballs, money and other old economy shit. I cannot trust you, because both your technology and your morals are unstable and prone to breaking.

The Twitter I came to love is gone. Its last remnants are dispersed in the hidden corners of “dark twitter”, a network of protected accounts, but it is like talking through a barrier while wearing camouflage and a mask. Everything is tinny and muffled. And of course, your algorithms are still listening, and so is the NSA and probably every other spy agency.

The times, they have changed.

And so I move on.

Note: Comments are disabled on this post. You can write an article on your own blog and send a pingback instead. 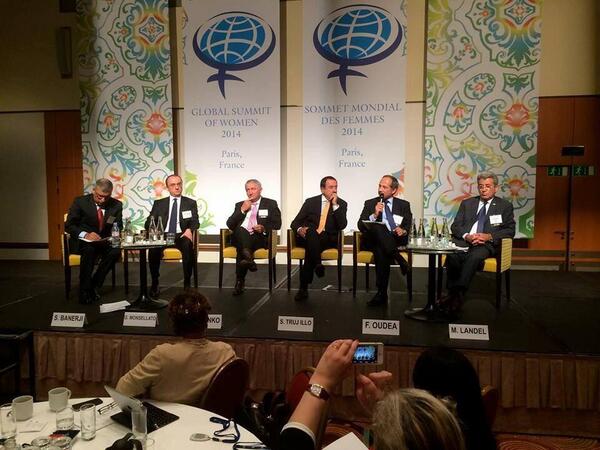 The Washington Post posted an article suggesting the solution to domestic abuse and sexualized violence was for women to – wait for it – marry more!

They try to back up their argument by quoting statistics about the incidence physical, emotional and sexual abuse in families with married biological parents versus other married, unmarried, and single parents w/ partners. Their conclusion, as made very obvious in the now-changed headline, was that in order to reduce the incidence of violence, women should just get married instead of having live-in boyfriends.

Even when they explicit state in the article that “For women, part of the story is about what social scientists call a “selection effect,” namely, women in healthy, safe relationships are more likely to select into marriage, and women in unhealthy, unsafe relationships often lack the power to demand marriage or the desire to marry.“ it does not make the authors pause for even a second before they continue with “But marriage also seems to cause men to behave better.” (At least they timidly acknowledge, en passant, that violence against women is predominantly a problem of MEN BEING VIOLENT.)

That’s because men tend to settle down after they marry, to be more attentive to the expectations of friends and kin, to be more faithful, and to be more committed to their partners—factors that minimize the risk of violence.

Looking at the first chart, it seems obvious that the strong correlation for child abuse is whether the child lives with the biological parents, especially father, or not. Only in the second chart – domestic abuse of their partners – is the case clear, not for marriage, but instead against single mothers. Unfortunately the data is not broken down further.

Finally, despite one of the authors being a sociologist, the article culminates in this gem of ignoring the context of the reality of living:

What’s more: women who are married are more likely to live in safer neighborhoods, to have a partner who is watching out for their physical safety, and—for obvious reasons—to spend less time in settings that increase their risk of rape, robbery, and assaults.

Jimmy Wales asketh, it shall be done.